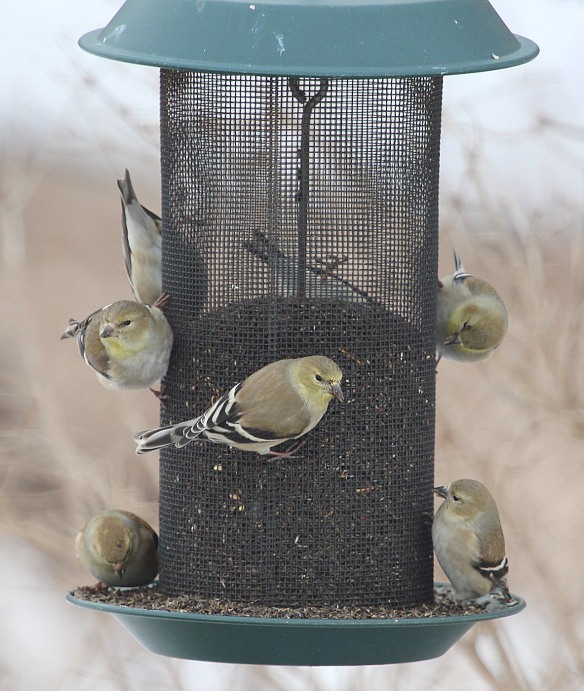 What’s the difference between these two photos?

It’s not one of those find 10 subtle differences puzzles, but rather a pretty simple quiz and lesson in paying attention closely to your feeders. These photos were taken about 10 minutes apart the other day at Cove Island Wildlife Sanctuary in Stamford, Conn.

The top photo, taken first, shows all American Goldfinches on a feeder offering Nyjer seeds. At first glance the next photo appears to show a bunch of American Goldfinches, too. But there’s more to that second photo. Look closely and you’ll see a few Pine Siskins mixed in there, too. Without carefully inspection of your feeders, you may be missing out on some cool sightings.

Siskins are small finches that live up north and come down to New England in large numbers some winters. Some winters only a few come down and some winters, it seems, none come down. When they are here it’s a thrill to see them, even though they are rather nondescript birds. They resemble goldfinches in winter plumage, but siskins are more heavily streaked and have longer, thinner bills. They have been showing up at feeders throughout New England this winter, often with goldfinches, so don’t miss out by not looking carefully.

Special thanks to Dave Winston and everybody else involved with maintaining the feeders at Cove Island.

Here are a few more siskins.

Photo by Chris Bosak
A Pine Siskin perches on a branch at Cove Island Park in Stamford in March, 2015. 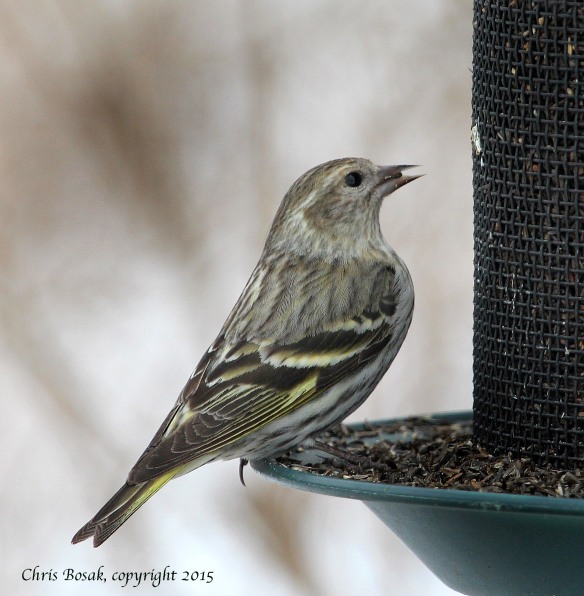 1 thought on “Can you spot the difference?”