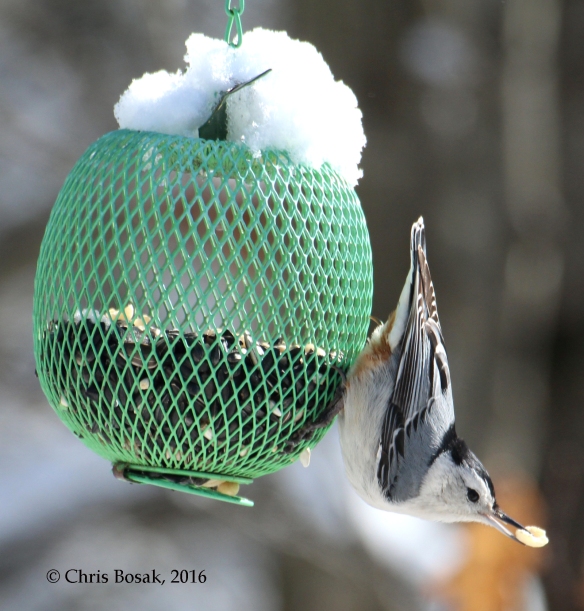 Photo by Chris Bosak
A White-breasted Nuthatch takes a peanut from a feeder following a spring snow fall in New England in March 2016.

The snow that covered the ground as New Englanders woke up on Monday morning seems like a distant memory. Sunshine and rising temperatures took care of the white stuff by the time afternoon rolled around.

But the morning certainly did look pretty and gave anyone who might be obsessed with photographing birds another chance to “shoot” them with a snowy background. Being of that ilk, I took advantage of the freshly fallen snow in the morning. I didn’t venture far. In fact, I focused on my feeders as they were particularly busy.

Here’s one shot from this morning — a White-breasted Nuthatch at my apple-shaped feeder. More to come, including additional photos of that homemade feeder being used.

Thanks for checking out http://www.birdsofnewengland.com

1 thought on “Nuthatch after spring snow in New England”