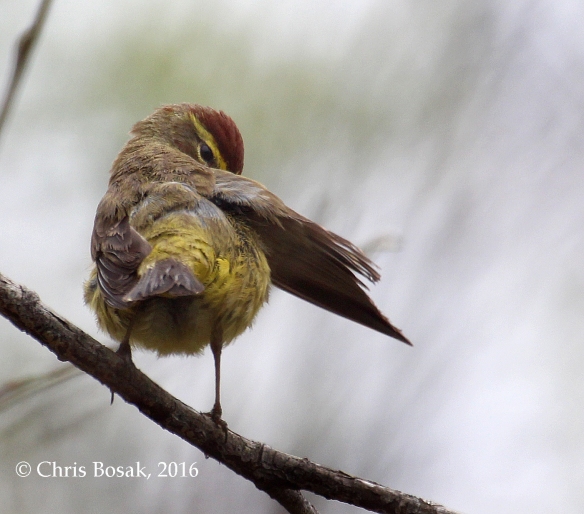 Warblers steal the show in spring migration, and rightfully so. They are colorful, cute, sing interesting songs and are plentiful in our woods in April and May.

Other songbirds are a blast to watch in the spring, too, of course. Birds such as orioles, tanagers, grosbeaks and towhees capture our attention and make us nudge anyone standing close by to make sure they see it too. Less colorful birds such as chipping sparrows, kingbirds, phoebes and vireos enhance our spring as well.

But it’s the little warblers that get most of the attention during the spring migration.

I love warblers for all the same reasons that everybody else does, but I think there’s another reason we appreciate these neotropical migrants so much. Warbler watching, like birdwatching in general, can be as easy or as difficult as you want to make it.

Someone can choose to see and appreciate the small birds flitting around the trees, but not care to identify them — easy and totally acceptable.

Others may choose to identify only a few, perhaps the ones they see often in their yard — relatively easy and also perfectly acceptable.

Still others will want to know all of the 30 or so warbler species that pass through New England and be able to identify them by sight and sound — very difficult, and, of course, acceptable.

I fall in the latter camp, but have had limited success over the years. I do very well when I actually see the bird in the spring — at least if it is a male. Females often look different than males in the warbler world. I can usually ID the females, but not to the degree of the more colorful and patterned males.

Where my success has been limited over the years is learning their songs. I know many of them “by ear” but have many to learn. A few songs are permanently burned into my brain, and I know them immediately. Other songs sound completely foreign to me, even though I’ve probably heard them dozens of times before.

Species such as yellow warblers, black-and-white warblers, blue-winged warblers and black-throated green warblers I’ve learned over the years and know their songs when I hear them for the first time each spring. Some songs, such as those of the northern parula and chestnut-sided warbler, I need to hear a few times before they sink in for the season. Many other songs I just haven’t memorized and don’t know what they are when I hear them.

I like it that way, though. I don’t want to know everything because there would be nothing left to learn. What fun would that be?

Watching warblers is a prime example of why birdwatching is such a great hobby and so popular among millions of people. It’s easy enough that we can all enjoy it, but difficult enough to keep us challenged.

1 thought on “Latest For the Birds column: Watching warblers, of course”