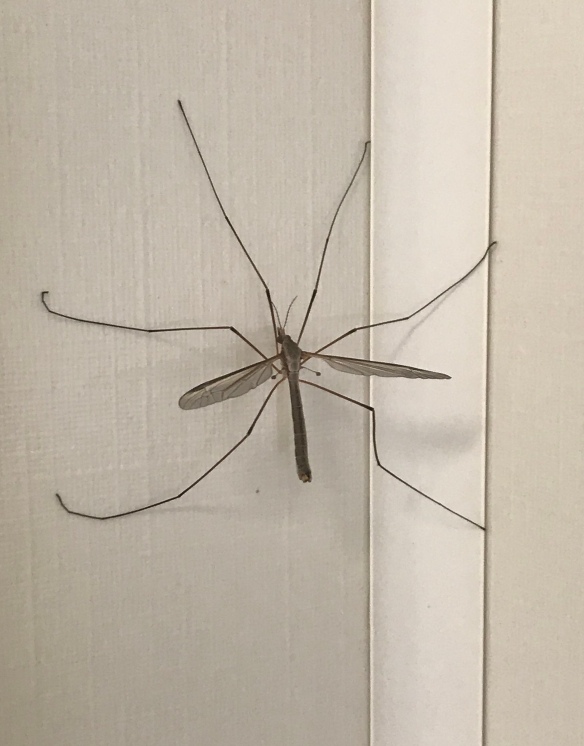 It looks like an overgrown mosquito and causes fear among many people who find these menacing-looking giants in their homes. But, alas, crane flies are as gentle as they come. They can neither sting nor bite. They can make it difficult to sleep as they flitter around your walls and ceiling at bedtime, but don’t worry, they won’t attack you in your sleep. In fact, they aren’t even capable of attacking as many species do not even have mouth parts. So, no, they don’t eat mosquitoes either as many people believe. And they certainly aren’t mosquitoes, despite their uncanny resemblance.