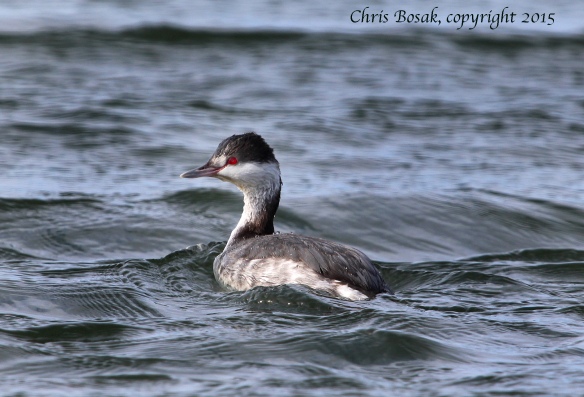 Photo by Chris Bosak
A Horned Grebe swims in Long Island Sound off the coast of Darien, Conn., Jan. 2015.

I mentioned in my last post about seeing a Horned Grebe on my quick trip to the beach the other day. Here’s a photo of the grebe I saw the other day in Long Island Sound from Weed Beach in Darien, Conn. Zoom in and check out its really cool red eye.

I like talking about grebes because I get to say the word “grebe” over and over. It’s just one of those words that’s fun say out loud. Anyway, happy birding out there.