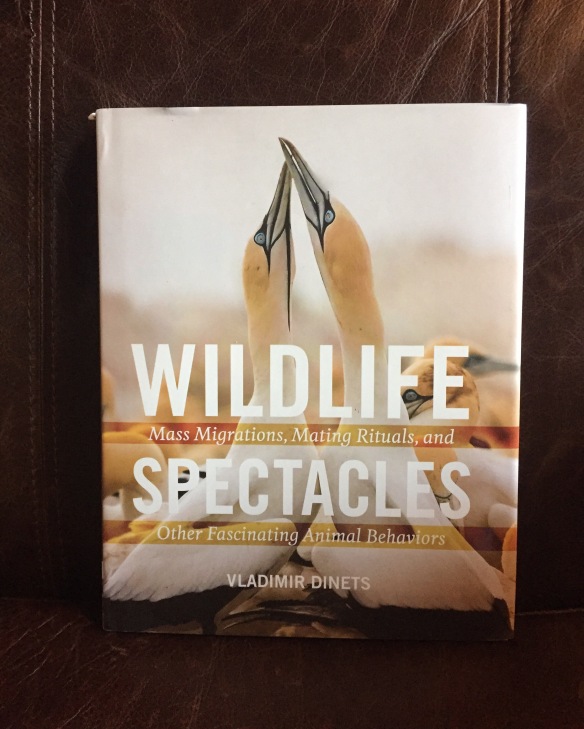 With the holiday season uponus, I figured I would rekindle the Bird Book Look feature of this blog. Remember, the posts are not necessarily reviews and recommendations, but merely me letting you all know about some of the new bird and wildlife books that are out there. Visit the Bird Book Look page, which you can see in the menu above, to see the previous posts. Most are available in bookstores, and I’m sure all of them can be found on Amazon.

This post’s featured book is: “Wildlife Spectacles: Mass Migrations, Mating Rituals, and Other Fascinating Animal Behaviors” by Vladimir Dinets. It is published by Timber Press.

The book, as the title suggests, takes a look at some of the more fascinating migrations, mating behaviors, and other everyday out-of-the-ordinary scenes that play out in the wildlife world. Dinets has a doctorate in zoology and has traveled in photographed all over North America. He was born in Russia and move to the US as a young man. 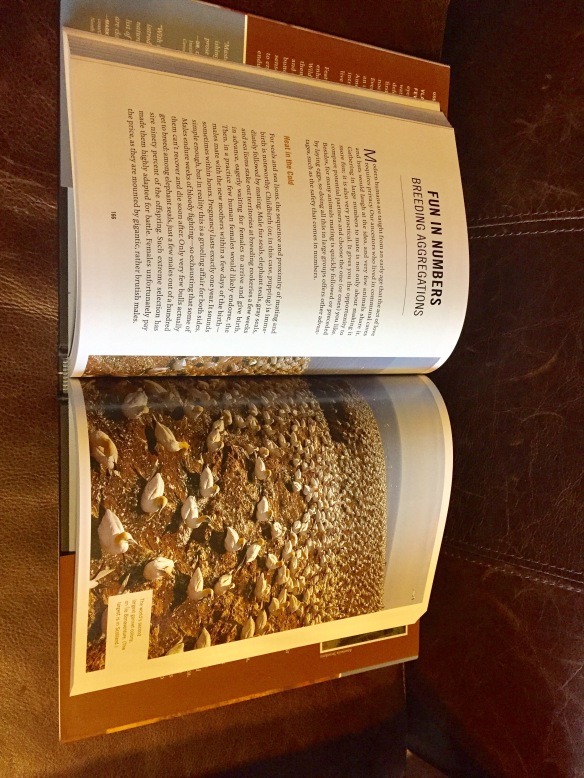 Here is more information on the book, compliments of a release from Timber Press.

The majority of people living in North America have no idea just how wondrous, abundant, and rich the continent’s wildlife is, especially since the usual idea of viewing amazing wildlife is going on an African safari or touring Southeast Asia. Zoologist Vladimir Dinets turns his expertise and his camera to North America’s vast wealth of wildlife in his latest book, WILDLIFE SPECTACLES: Mass Migrations, Mating Rituals, and Other Fascinating Animal Behaviors (October 19, 2016; Timber Press hardcover; ISBN 978-1-60469-671-4; $29.95; 320 pages), offering a gorgeous view of what is right in our own backyard.

Did you know that in winter, you can witness hundreds of thousands of wintering robins making sunset flights outside of St. Petersburg, Florida? Or that there is an annual spawning of giant sturgeon in New London, Wisconsin? Or how about the nighttime dances of a hundred alligators in Everglades National Park? Page after page in WILDLIFE SPECTACLES is full of arresting images and awe-inspiring details about the wildlife amongst us, all making spectacles of themselves.

People are captivated by wild animals—by their strength and their size and by the things they do to stay alive. WILDLIFE SPECTACLES dives deep into this wonder, allowing curious readers to discover just how spectacular wild animals can be. Dinets reveals hundreds of amazing examples of animal behavior across North America, explaining why they happen, how they work, and where they can be seen in person. In the rich, fully illustrated pages you’ll discover the migration of gray whales along the Pacific coast, the scuba diving of spiny lobsters in Florida, the synchronized blinking of fireflies near Tennessee, the swarms of feeding bats over the Mississippi River, the blue-glowing scorpions of the Southwest desert, hundreds of wintering tundra swans in New Jersey, and much more. Written with verve and in easily accessible language, WILDLIFE SPECTACLES is a must-have for anyone who loves animals.

Vladimir Dinets was born in Russia and immigrated to the United States as a young man. He obtained his PhD in zoology from the University of Miami in 2011, with a focus on animal behavior. He has traveled and photographed extensively all over North America for 17 years. He is the author of Dragon Songs and the Peterson Guide to Finding Mammals in North America. 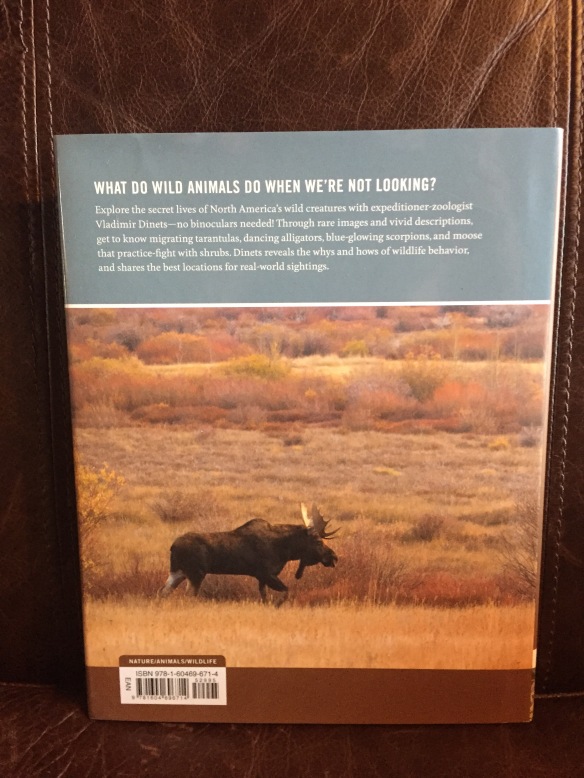