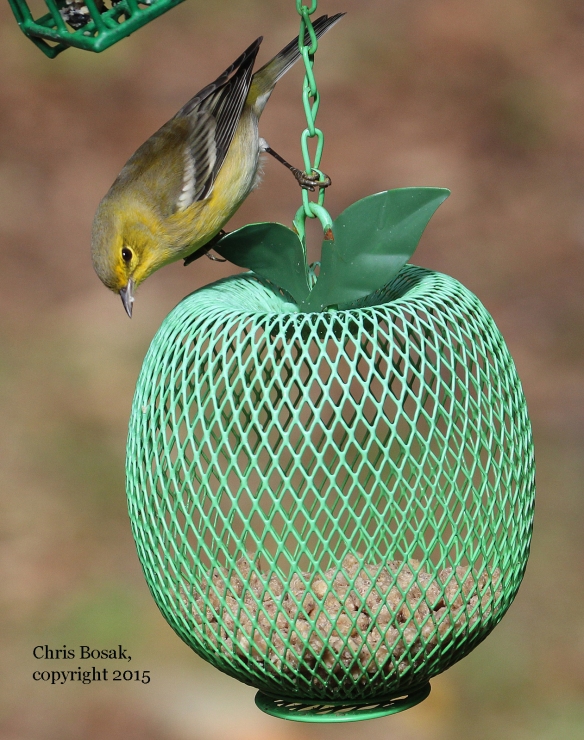 Finally, I thought, a warbler singing in the backyard.

One cool, but bright morning last week, I stepped out onto the deck to fill the feeders and heard a high-pitched, soft and somewhat melodic tune coming from a giant oak. Surely a warbler, I thought, but I wasn’t sure which one.

I grabbed the binoculars, which always hang at the ready just inside the door. Now to find the little bugger. The leaves haven’t popped yet, so this shouldn’t be too tough, I told myself. It was more difficult than I thought, of course, but I finally zeroed in on a little bird high up on the trunk.

As you can probably tell from the build-up, it wasn’t a warbler at all. It was a brown creeper — a small, brown bird seen on tree trunks throughout New England, mostly in the fall, winter and spring. Usually the birds are silent as they look for insects by starting at the bottom of a tree trunk and working their way up.

In fact, I think this may have been the first time I consciously heard the song of a brown creeper. The website AllAboutBirds.org describes the song, sung only by males, as such: “His song is a jumble of high, thin notes that lasts up to 1.5 seconds. It’s sometimes likened to singing the phrase, ‘beautiful trees.’”

You’d think after all these years of birdwatching, I would know all the songs of warblers and be able to distinguish between warblers and non-warblers. There are many types of warblers, however, and I know a lot of the songs, but not all of them. Plus, this song was very warbler-like, as I mentioned. Also — my final excuse, I promise — it’s been 11 months since we’ve heard warblers singing and my birding-by-ear is rusty. It’s only average to begin with, so this guy definitely fooled me.

Not that I’m complaining that it was a brown creeper. I find them extraordinarily interesting birds, despite their small size and rather non-descript appearance. I like how they work up the trunk of a tree and then fly down to the base of a nearby tree to start again.

I’m still waiting on that first warbler, but I’m confident they will arrive soon. As usual, the sightings will start as a trickle — pine warbler here, palm warbler there — and then become a fantastically overwhelming phenomenon of tiny, colorful birds in the trees.

Get your ears ready.

2 thoughts on “For the Birds: Waiting for warblers”