Photo by Chris Bosak
A beaver swims in a pond in Ridgefield, Conn., spring 2016.

I’m always on the lookout for birds, of course, but nature of all sorts thrill me. The moose, for instance, is my favorite sighting — hands down. So I’m looking for “other things” too when I’m out there birdwatching.

Here are a couple rodents I saw during some recent birdwatching outings. The word “rodent” has such a bad connotation, but these two rodents are pretty neat — to me anyway. I like seeing red squirrels (smaller than their gray cousins) because it reminds me of camping in northern New Hampshire, where they are very abundant.

Beavers are large rodents and a symbol of wilderness in their own right. This guy (or girl) slapped its tail on the water at me shortly after I took this photo. Some things are so touchy about having their photo taken. I moved on to give it its peace. 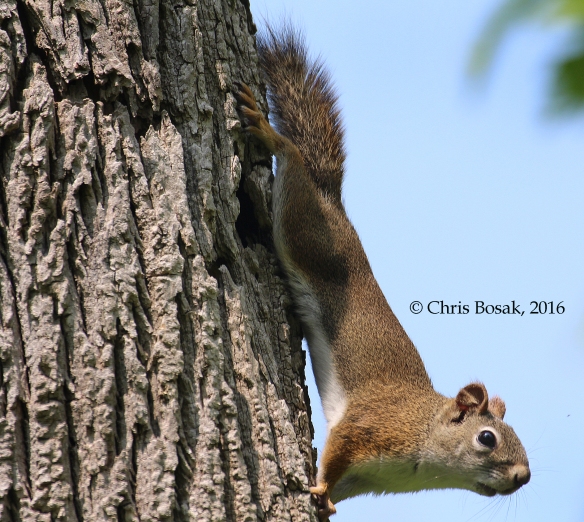 Photo by Chris Bosak
A Red Squirrel clings to a tree in Ridgefield, Conn., spring 2016.

Photo by Chris Bosak
A chipmunk stands atop a pile of wood at Merganser Lake in Danbury, Conn.

And a file photo of everybody’s favorite rodent …

1 thought on “A couple rodents I met along the way”