I settled on the back porch of my brother’s house in western Pennsylvania and watched the blue jays hunt for acorns in an oak tree.

Before I get into that, I wanted to acknowledge how exceptional the fall foliage has been this year. The conditions must have been just right. Oaks can sometimes go from green to burnt orange to brown quickly. This oak, and many others I’ve seen this fall, are a much brighter orange and the color is lingering longer before turning brown.

The blue jays would fly in from the surrounding areas and alight in this spectacular oak tree. The birds disappeared into the bright orange foliage and work at dislodging acorns. I couldn’t see the jays at work but the rustling of the leaves and branches let me know where they were.

END_OF_DOCUMENT_TOKEN_TO_BE_REPLACED 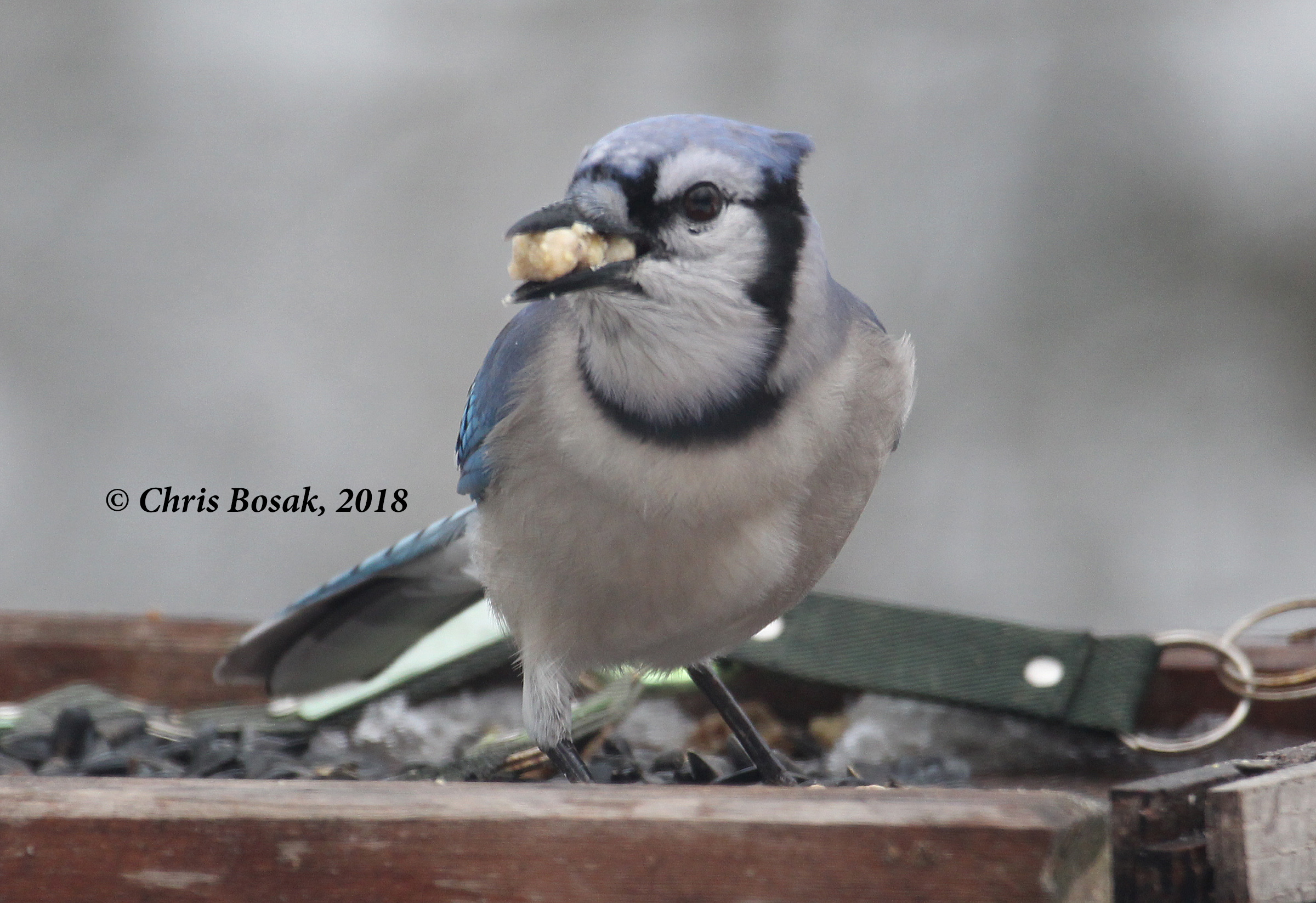 This blue jay reminded me of myself when I return from a trip to the grocery store. Instead of taking two or three trips from the car to the kitchen — which would be exponentially easier and faster — I have to do it all in one trip. I position the handles of the bags all up and down my left arm until only one bag remains. I grab the last bag with my right hand and close the hatch with that hand, dangling whatever groceries happen to be inside.

I don’t distribute the weight of the bags because I’m going to need that right hand to open the front door, so I struggle with nine or 10 bags on my left arm. It gets real dicey when I bought lots of beverages — think gallons of milk and orange juice. But I manage to quick step my way to the door, open it with my relatively free right hand and run hunched over to the kitchen to release the bevy of bags into a mound on the floor. Yes, that gallon of milk is now on top of the hot dog buns. I look at my left arm to inspect the indentations and welts left from the bags and think: Next time I’ll take two trips. But I won’t.

Anyway, back to that blue jay. Instead of grabbing a suet nugget and flying off to eat it or store it, it stuck around to position the little rounds of goodness into its bill to fit in as many as it could. I think it got three, but it may have been four. Here’s a look at how it did it. 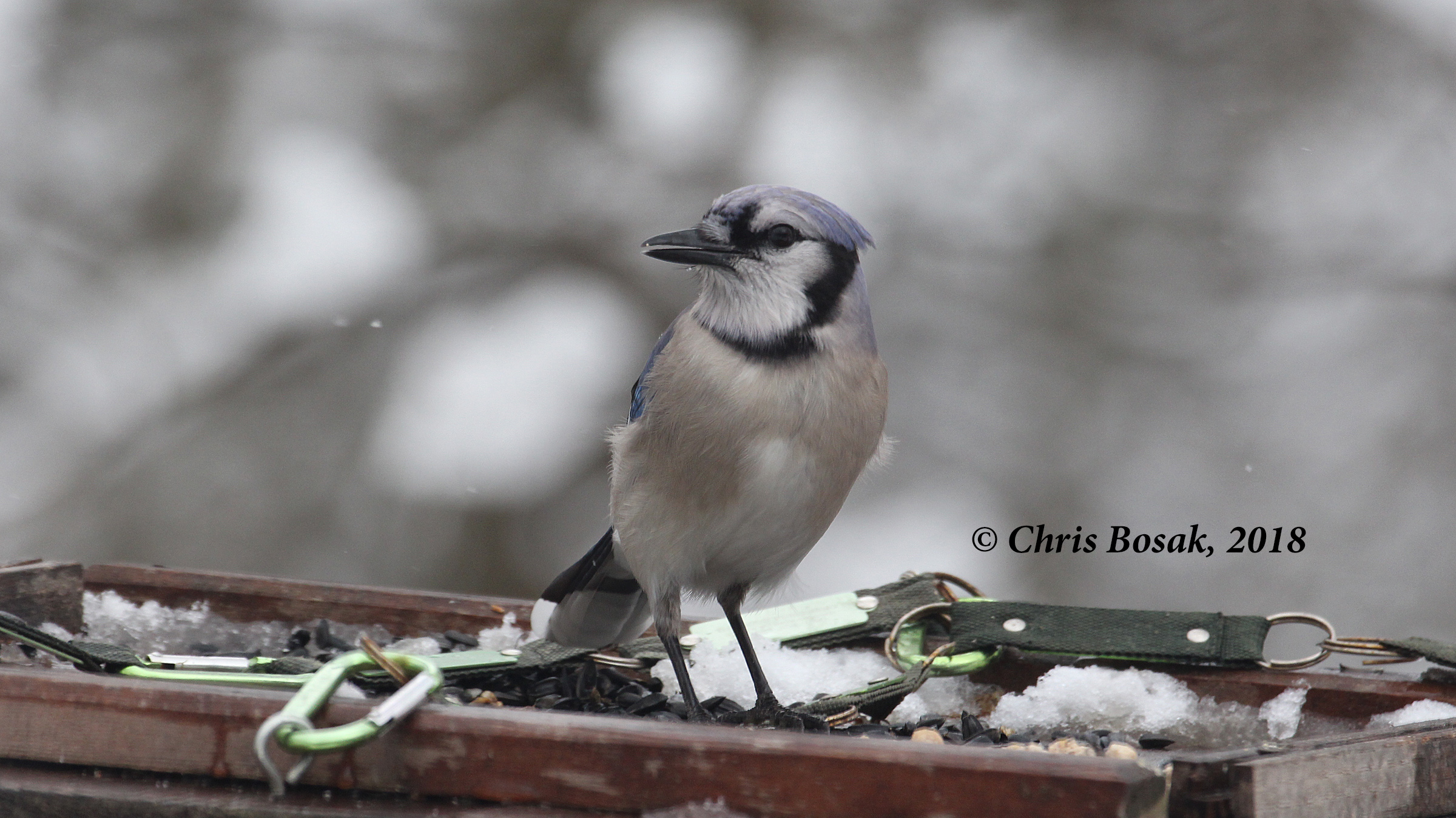 Photo by Chris Bosak
A blue jay stands on a platform feeder, eyeing up some suet nuggets, Danbury, Conn., March 2018. 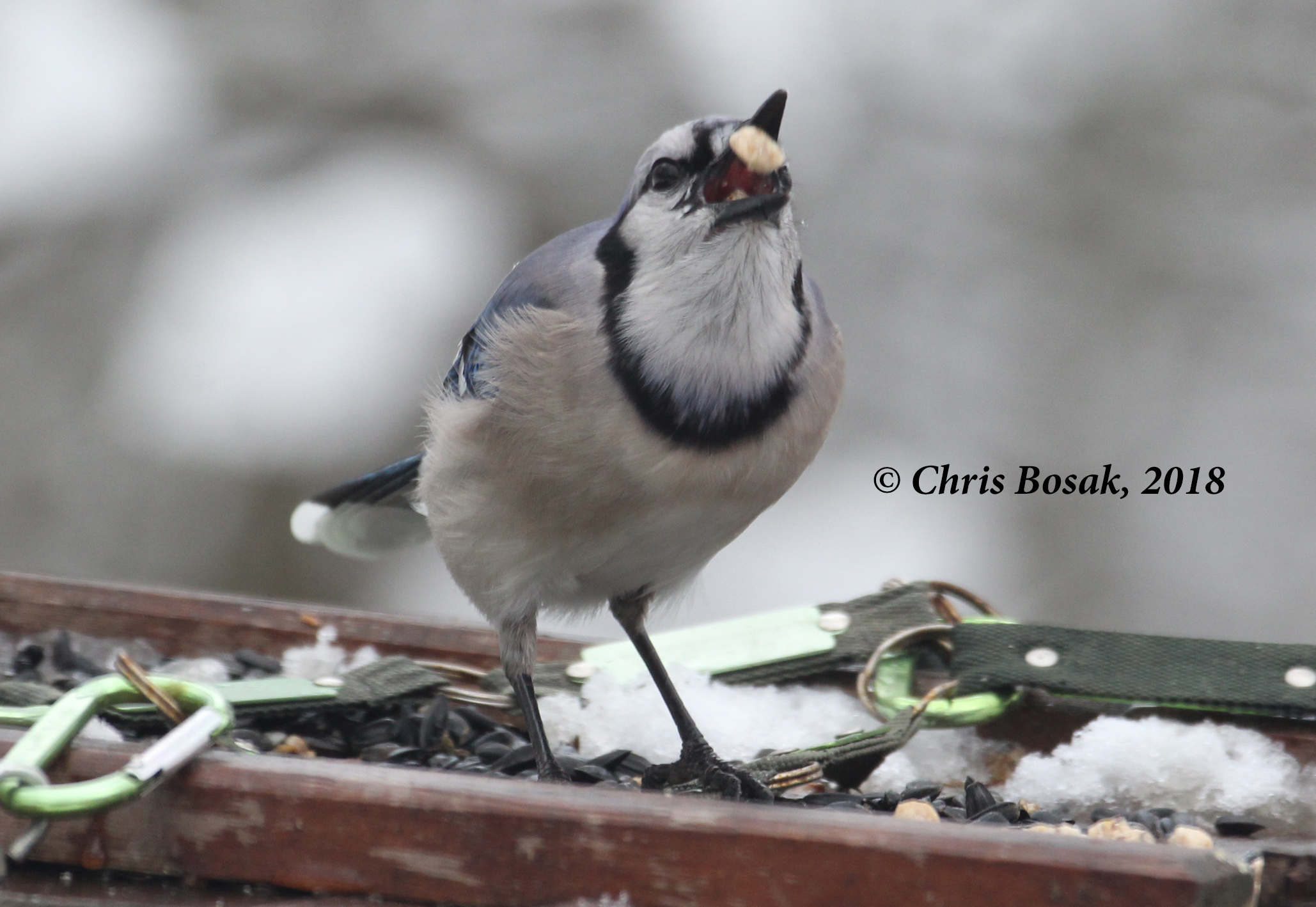