New England is bracing for a major snowstorm on Wednesday evening and into Thursday. In the meantime, we got a little preview on Monday with a coating of snow. Here are some shots from Monday with thoughts for better snow photos coming soon. Feel free to send your snowy bird photos to birdsofnewengland@gmail.com and I’ll include them on the Reader Submitted Photos page.

END_OF_DOCUMENT_TOKEN_TO_BE_REPLACED

A Day on Merganser Lake XV

Well, it doesn’t look like the bluebirds are going to nest in the bluebird box I got a few weeks ago. My property is not ideal habitat for them as it’s more wooded than open. At least they are still visiting every day and keeping me entertained. The good news is that black-capped chickadees keep checking it out. Hopefully a pair will decide to move in. They are not bluebirds but I’d certainly take it.

(Repeat text for context:  I’m running out of COVID-19 lockdown themes so from now until things get back to some semblance of normalcy, I will simply post my best photo from the previous day. You could say it fits because of its uncertainty and challenge. I’ll call the series “A Day on Merganser Lake,” even though that’s not the real name of the lake I live near in southwestern Connecticut, it’s just a nod to my favorite duck family.)

The word typical can have a negative connotation. It is usually used to describe something boring or mundane. Or worse, as a word of exasperation to draw attention to a recurring negative behavior: “Oh, that’s so typical of him.”

But I’m going to use typical in a positive way here. Yesterday, all the typical birds showed up at my feeder. And that’s a good thing. My ‘typicals’ include chickadees, titmice, white-breasted nuthatches, downy woodpeckers, red-bellied woodpeckers, and blue jays. You can throw juncos in there, too, in the winter. Other birds come from time to time, but those are the birds that are always there. Many people write to me about a lack of chickadees at their feeders lately. It’s definitely a trend to keep an eye on, but thankfully, I still have plenty of chickadees visiting my feeders.

Not that I’m boasting about my feeders. There are some obvious bird species that I hardly ever see. Cardinals, for whatever reason, are END_OF_DOCUMENT_TOKEN_TO_BE_REPLACED 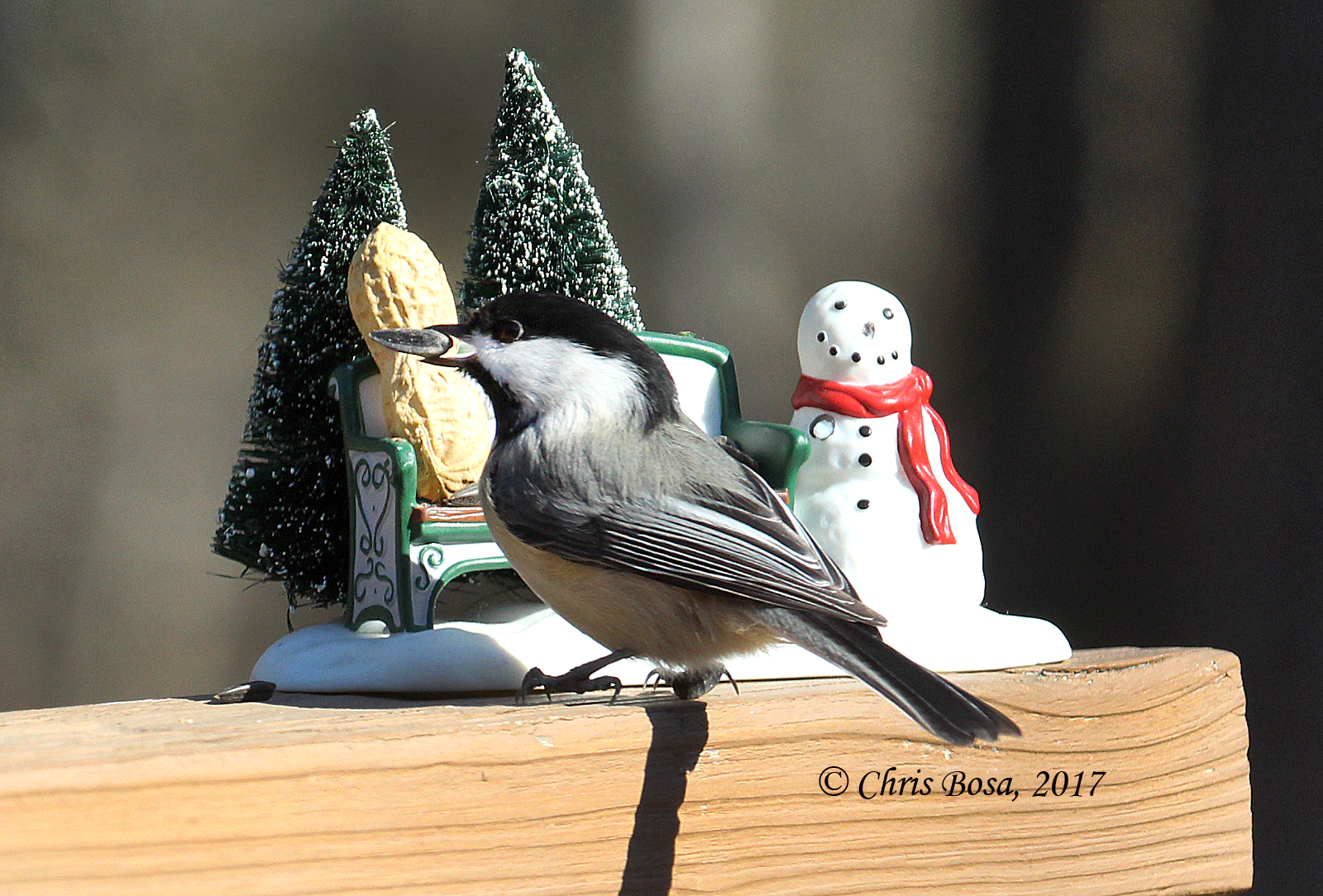 Chickadees are a beloved bird in New England and END_OF_DOCUMENT_TOKEN_TO_BE_REPLACED