For a cold February day, it’s been a pretty good day at the feeder. In all, 14 species showed up already and it’s not even noon. The pileated woodpecker was in the side yard, not at the feeders. I took the photo through a dirty, hence the poor quality. Here’s some photographic evidence of the busy day: END_OF_DOCUMENT_TOKEN_TO_BE_REPLACED

Photo by Chris Bosak
A Dark-eyed Junco perches in a tree in New England in March 2015.

We love to see our first Dark-eyed Juncos of the late fall. They remind us that our winter birds have arrived and will be with us for the next several months.

Well, those months are passing by quickly and soon the junco sightings will become scarce again. So here’s a shot I took of a junco the other day. Will it be one of the last— at least until next fall?

• Juncos are members of the sparrow family

• There are several types of juncos in the U.S., including Slate-colored; Oregon; Pink-sided; White-winged; Gray-headed; and Red-backed. Only the Slate-colored is found in New England. 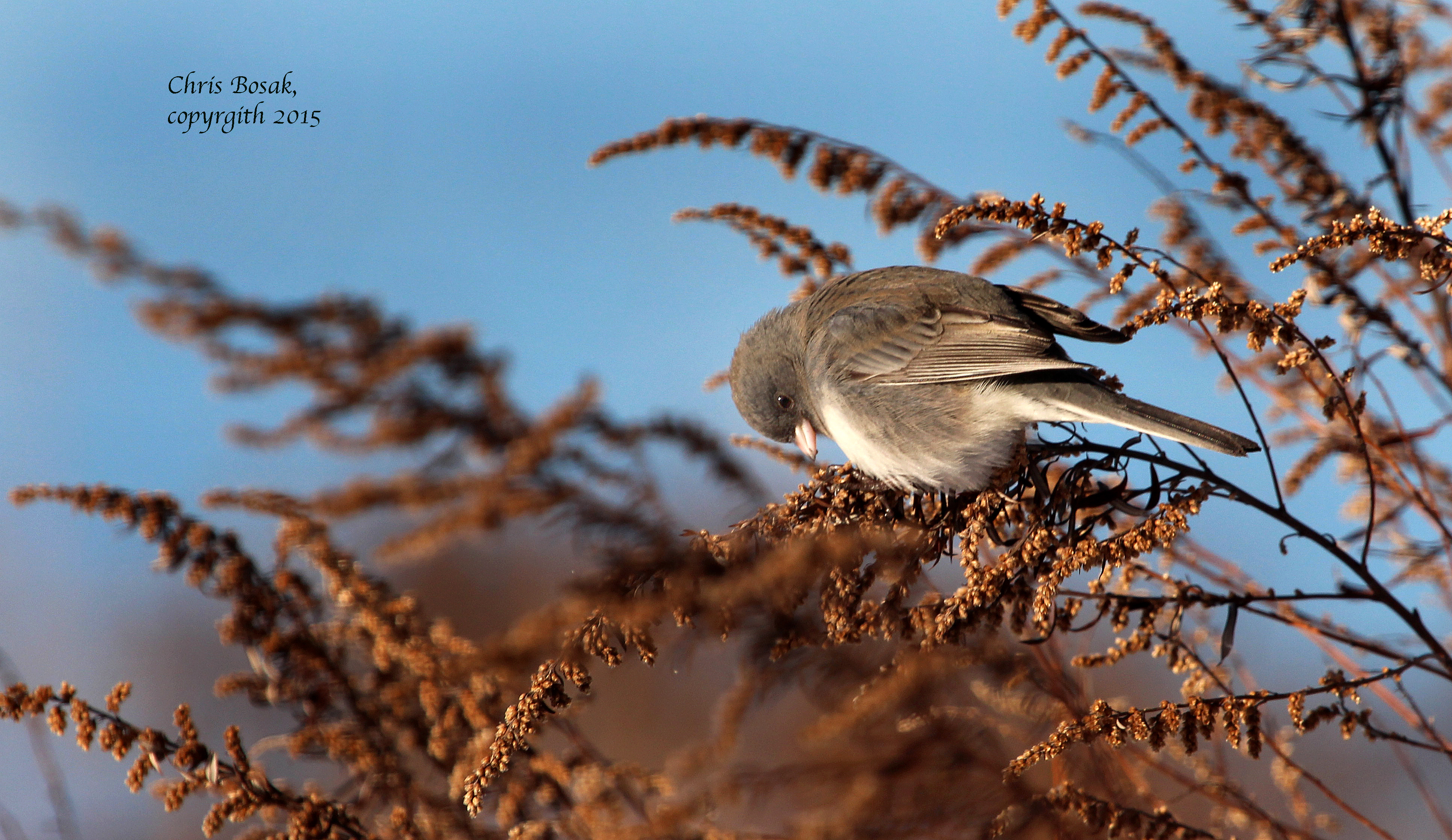 Photo by Chris Bosak
A junco looks for seeds on a dried up plant at Weed Beach in Darien, Conn., in Jan. 2015.

Photo by Chris Bosak
An American Robin perches on a rock at Weed Beach in Darien, Conn., in Jan. 2015.

I dropped off my third-grader at school and faced a decision heading out of the parking lot: Take a left to the beach and see what birds might be there; or take a right and basically start my work day earlier than I have to.

Of course I took the left. It’s a good thing, too, because there were some pretty cool birds down at the beach. Nothing too out of the ordinary, but some good photo opps of birds such as END_OF_DOCUMENT_TOKEN_TO_BE_REPLACED

When the snow flies — as it has done often this winter here in New England — you can be sure the Dark-eyed Juncos will come visit. Normally accompanied by at least a few White-throated Sparrows, juncos are typically found under bird feeders looking for fallen seeds. This snowstorm, however, I had juncos on the suet feeder, on the platform feeder and on the ground. So, of course, I had to break out the camera. What’s a snow day without a new junco photo?